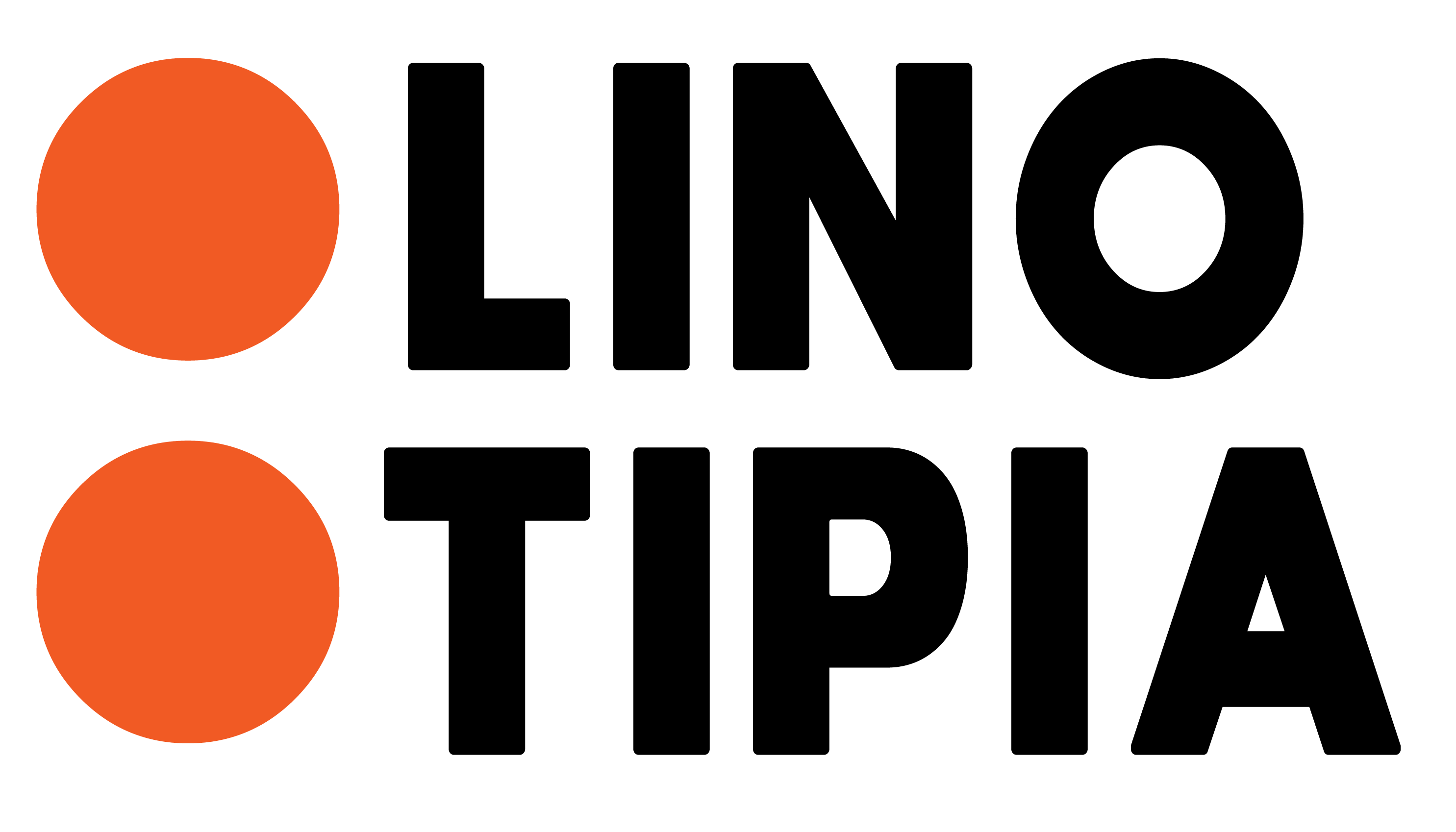 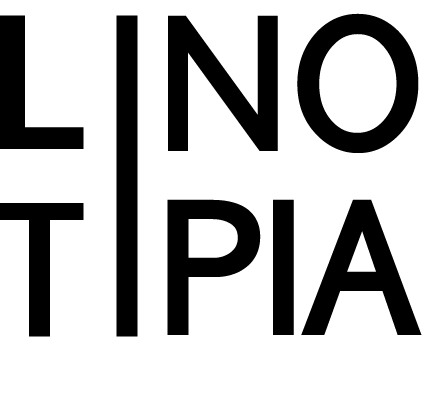 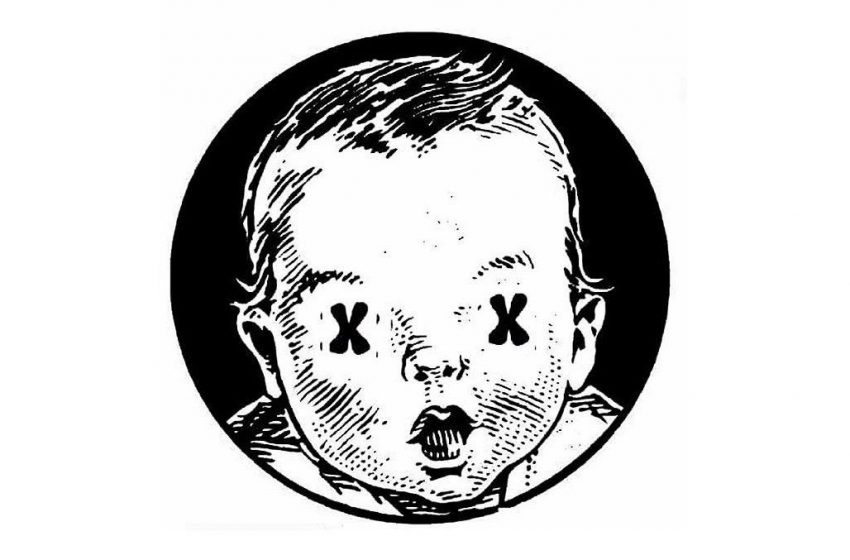 Photos and graphics by Grvr
Translated by Rodrigo López

… a sunset in Cerro Colorado: Interview with Grvr

“from a police chase, to a naked homeless. Those are some of the main elements in the city chaos, my plastic work”

When we talk about Graffiti or street art in general, it is linked to crime or other practices that destroy and degenerate the decorum. There are specific laws that prohibit it and make it a dangerous practice to spray artists. But we know what is at stake; the significance of the words that transgress the neighborhood, the person and the idea meaning the practice. All of that force us to rethink the concept of this skill in the way that the streets of Tijuana and San Diego produce.

On this month we talk about sci-fi and the Linotipia team looked up for an artist that represents from its work something that should not exist, but fills our cities with messages that talk about a world that fights against uniformity.

Julio Álvarez: Grvr, I like your work because it is to me like an psychedelic exploration that represents a great part of the graffiti’s history. It resembles to that Bronx’s graffities born as an antagonist for a racist and repressor history. Your art explores the border between ramble and absolution, acceptance and prohibition. How do you see this part, first as a spray artist and then as someone that makes its path into an art galleries world?

Grvr: Personally, I don’t like to mix my street career with my life as a painter because they have a very different essence. One of them is a particular trangression punk vision, and the other one, without making it less important, have a commercial purpose. However, both of them are expressions that I enjoy and I dedicate the same passion on them.

JA: Since street performers as Shepard Fairey Bansky or Tavar Zawacki, to mention a few, appeared on scene, the idea of what can not be expressed in the galleries and the contemporary art world, it can be on the street. How would you locate your work in the world of the street art?

Grvr: I don’t think that my work its located into the graphic language of street art, I don’t represent it… My work isn’t what can be named commercial, I don’t even know if theres a gallery market for it; it has an specific finish that is not street art. The language that I use on streets is something that can never be replaced by the hanging art, because the execution of those external expressions generate on me an adrenaline rush at the moment of being in front of the wall and the context were its located. What it makes for me that graffiti is the most sincere and pure art is for the amounf of experiences that it can make you feel, because it only depends on me and the determination to break rules and social norms… unlike galleries, were there are always intermediaries and etiquette that force aprobatory smiles so you can navegate in those circles. 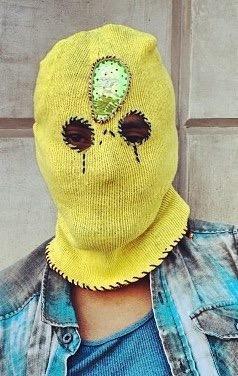 you started to draw and make a street life and it is here in San Diego were you live in the insurgency, if we can call it like that; I will ask you two questions here: What did motivate you to study Art? And what is what inspires you to keep sticking experiences into your paintings and your murals?

Grvr: Since I was a kid the graphic have caught my attention. I was always drawing my favorite characters; and when I get a little older I met graffiti and that made me work in other way, I realized that what I thought I was doing with technique was actually very basic, almost amateur, thats why I studied Arts. I wanted to know the theory to complement my skills and knowledge. Probably it was what motivated me and when I have to move to the most expensive city in CA, it wasn’t easy at all. I had to go through thousands of situations, good ones that became bad and vice versa that shaped me as an artist. What inspires me from both places are their streets, I don’t know, graffiti have give me lots of experiences and when in remember them and the rush of the spray in my studio, watching a grafitti photo, the memory of the smell, feeling all of those colors smoking a joint, at the end, all of that is what inspires me when I paint.

Those memories, what I’ve lived in both crazy cities is essential for my artistic work. From the smallest details; from a police chase, to a naked homeless. Those are some of the main elements in the city chaos, my plastic work. Cultural phenomena like immigration and that dream world, star obscene scenes on my canvases. An almost madness and debauchery language… but yes, Julio, as you said, grewing up in Tijuana gave me a sort of sixth sense to not be caught drawing on walls and socialize at dangerous streets. That made the things easier for me on San Diego.

JA: What’s the story of your nickname, Grvr? How have this defined you as a person and as an artist? 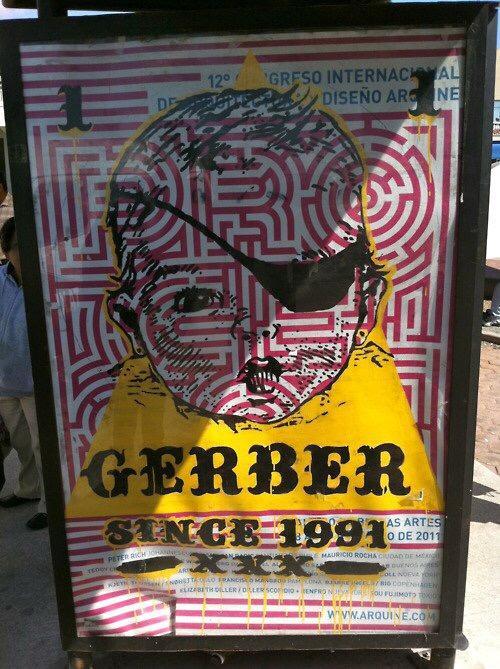 Grvr: I have to go back to my first years on streets, when I met the spray. I was 13 years old and was way ahead of most people at that age, I’ve already drinking alcohol at that time and I was frequently surrounded by older friends because I wanted to draw better. That’s why I get the nickname, for being the crazy and little one. I don’t think that defines me in my daily life, I don’t show my face on social media and not many people know me personally. I like to keep it that way, because I have to move in both worlds, the legal and the illegal one.
JA: I want to tell everybody that Grvr was my student and I’ve always knew that he would move in the art scene, in fact, all of his class were fucking great. I met the ones that today are renowned artists and excelent art managers, that’s why I want to ask you, who do you admire as a person and who as an artist? and how did this is linked to what you on streets and paintings?

Grvr: As a person I admire everyone that serves other people, no matter who they are or what they do as long as they help to make this world better; and as an artist, I will say that Vicente Elizondo, a.k.a. Shente, since I was in high school, I read his interviews on the Internet. Time and destiny made possible that when I get into the UABC Arts Faculty, we ended up in the same classroom, so I have the oportunity to learn directly from one of the pioneers of grafitti in Tijuana. You can see on my paintings the outcome of everything I admire from Shente: the fact of travel and generate new experiences taught me how to live and learn from everything and everyone, that is what I thank him.

JA: What do you miss from Tijuana? 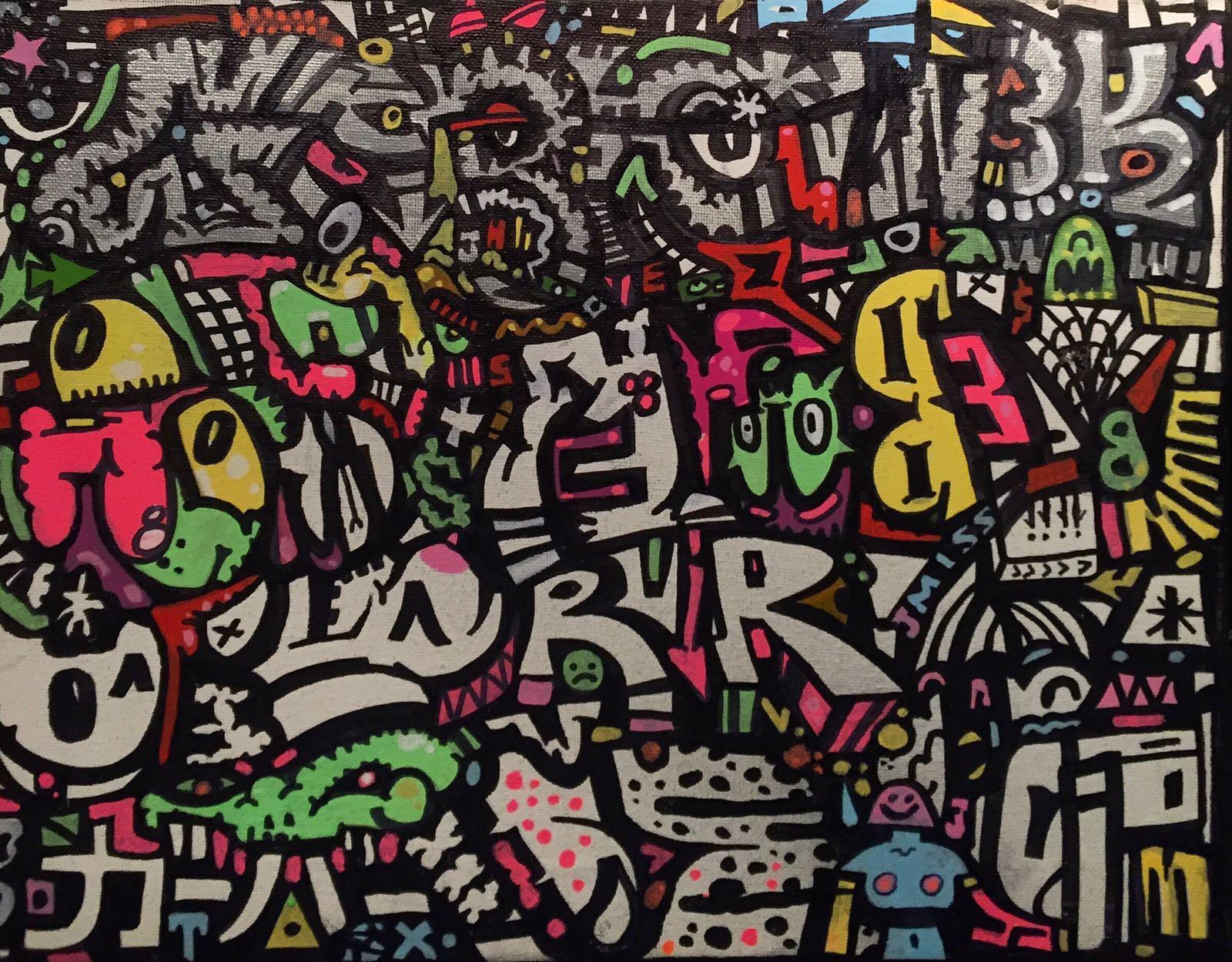 Grvr: A sunset in the Cerro Colorado

JA: So, for finishing, what plans do you have?

Grvr: Glad you ask that. A few months ago, I had the fortune to welcome a german grafitti artist on my studio in San Diego. We made a good conection and he invited me to Germany, so I will be painting spots in December. To see how that and how other of my projects goes, you can follow me on Instagram as @gr.vr or look for the hashtag #grvr; I want to thank you and Linotipia for this oportunity and send a greeting to all my friends in Tijuana and the world… and the birria tacos. Greetings from your pal Grvr.

JA: Thanks to you! We owed each other this interview since a long time, to chat and know you a little more, not as a college student but as an artist. That speaks very well from Tijuana’s artists, they shape themselves, stand out, generate movement and grow, they leave, but always come back to this creative nest.

See you soon, we have pendent the visit to your studio. Ciao!